Our SQL Server on Linux system is a CentOS 7.4 VM, running SQL Server 2017 (RTM). There is 12GB of physical memory and 80% of that is dedicated to SQL Server via mssql-conf about 9.2GB, the default configuration. I’ve also set Max Server memory to 8GB.

So let’s start up SQL Server on Linux and query the buffer pool cache sizes when there’s no data loaded. I’m going to look in two places. sys.dm_os_memory_clerks and also sys.dm_os_buffer_descriptors.  In Figures 1 and 2, we can get a feel for the memory distribution across the system and also inside the buffer pool. 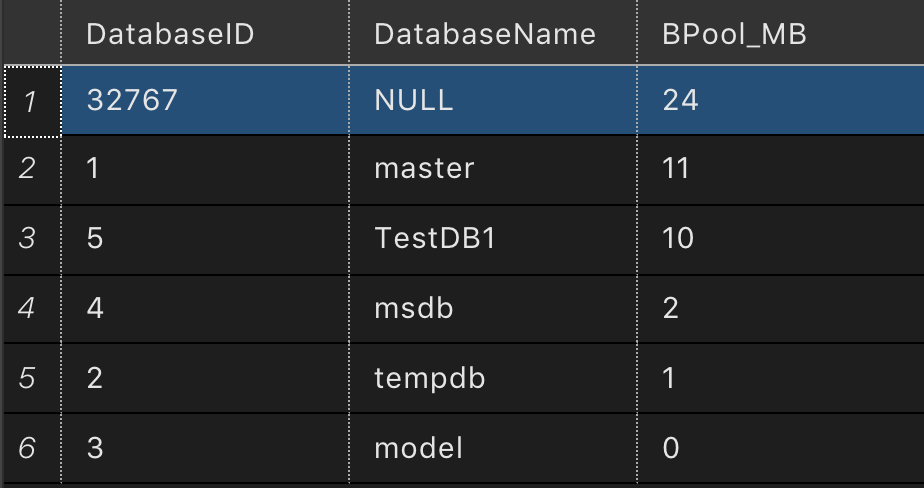 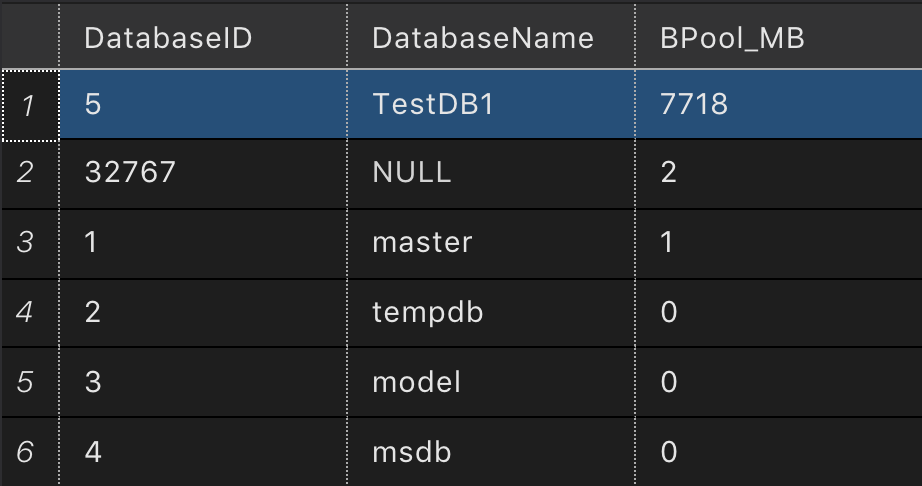 Getting Memory Information From Linux

We can use the command pidof sqlservr to find the process ID for our SQL on Linux process, in our case it’s 14689. When running SQL Server on Linux there is always two processes for sqlservr, we’re going to look the one with the higher process ID.

Below is the output from our process’ status file, filtering for the values we’re interested in. You can see about 10.16GB of Virtual Memory (VmSize), 7.82GB of which is in actual RAM (VmRSS) and 622MB in the swap file (VmSwap). Nothing special to see here, just the baseline information for our process with a populated buffer pool.

Using a small C program I wrote, I use calloc to allocate large sections of memory and then I have the program continually write data into the memory buffer to ensure those pages stay in physical memory. Using this program, let’s allocate 4GB of RAM. I’m choosing this value because it’s going to cause my system to exceed it’s physical memory but NOT exceed the amount virtual memory in my system when including the swap file’s size. Things can get really dicey if you exceed physical and virtual memory size, processes will start to get killed. Microsoft documents a case here.

Let’s look at the memory data from /proc/17141/status for my memory allocator program. In the output below you can see we have just about 4GB of virtual memory (VmSize) allocated and nearly the same amount of memory that’s resident in physical memory (VmRSS) and no data in the swap file.

Now that 4GB program has caused Linux to need to make room in physical memory for this process. It does this by swapping least recently used pages from memory out to disk. So under memory pressure, let’s look at the SQL Server process’ memory allocations according to Linux. In the output below we see we still have a VmSize of around 10GB, but our VmRSS value has decreased dramatically. In fact, our VmRSS is now only 3.53GB. It decreased by 4.29GB!  VmSwap has increased to 5.04GB. Wow, that’s a huge portion of the process swapped to disk.

What Does SQL Server Think About All of This?

With our memory allocation program running and no workload running inside SQL Server, let’s look at sys.dm_os_memory_clerks and sys.dm_os_buffer_descriptors again. Something interesting happens, in Figures 5 and 6, when we look at sys.dm_os_memory_clerks and sys.dm_os_buffer_descriptors things changed but only slightly  But from the data above we do know that only 3.54GB of the process is actually in memory (VmRSS) at this point. Which means a large portion of SQL Server’s process is actually NOT in memory anymore…they’re on disk. The reality is, we simply do not know which portions of the process are in memory or on disk at this level.  You could use tools like pmap to determine which sections of memory are on disk, but we’ll leave that for another day. Try it out…it’s fun ;)

Figure 5 – Top memory consumers after server reached maximum memory and with a significant portion of the process swapped to disk. Just about the same as it was without external memory pressure. 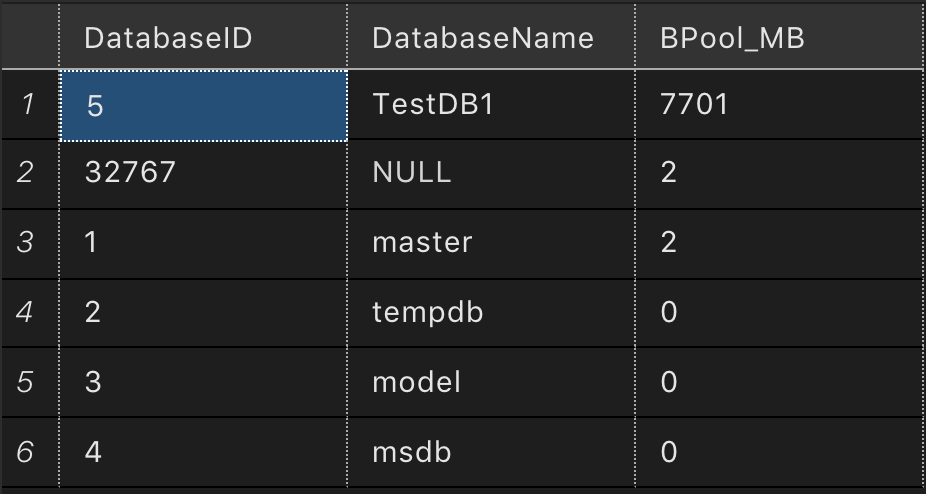 Figure 6 – Buffer Pool memory distribution after table loaded and with a significant portion of the process swapped to disk. Just about the same as it was without external memory pressure.

Things aren’t what they seem

Looking at wait stats during query execution is going to be a little more interesting when SQL Server thinks it’s data pages are in memory, but a significant portion of them are actually on disk. In fact, when querying my test table with a simple SELECT COUNT(*) the wait types don’t indicate the fact that SQL Server is now actually disk bound due to the large portions of the buffer pool being paged out to disk. Under normal conditions, this query takes 11 seconds to run…when we’re paging to disk, it takes 2 minutes and 11 seconds to run.

So let’s check out the wait types reported during our query output here in Figure 7. We see SOS_SCHEDULER_YIELD…which makes sense…long running query, that’s pretty slow and it’s quantum is being exhausted and the thread is being rescheduled. We do see some disk IO waits with PAGEIOLATCH_SH, but not much…what’s happening here is my data table is 8GB and my Max server memory is also 8GB so there’s a little overflow there and will read from disk for some of the data. From a performance standpoint, SQL Server has no idea that it’s data pages are likely swapped out to in this low memory situation. It thinks those pages are in the buffer pool…they certainly are…but a large chunk of the buffer pool is now actually swapped out to disk.

Figure 7 – Wait types reported during query execution with a significant portion of the process swapped to disk. Wait stats query from @brento

What does this all mean?

Well, SQL Server is on a new operating system now, Linux. It’s upon us as DBAs to know how our system works as a whole and what to do when we’re in situations where performance falls off a cliff due to memory contention. This case is certainly a contrived case by putting so much external pressure on our process…but you, the DBA, need to know how SQL Server on Linux is going to react in these conditions and how to get your system back on track when things go south. Good monitoring and also good system resource management are needed. Certainly a properly size system in terms of physical memory and swap file size is needed. We toed the line here in our example ensuring we didn’t exceed physical memory plus swap file size. If you do exceed physical and swap size memory allocations will fail and your process will likely crash or be killed.

Speaking of monitoring, I’m speaking at PASS Summit this year on…you guessed “Monitoring Linux Performance for the SQL Server Admin” on Friday November 3th at 8am. If you want to learn more, I’ll see you there.