What’s the number one thing a data professional wants to do with their data…keep it around. Let’s talk about running SQL Server in Containers using Docker Volumes on a Mac

This is the first post in a three part series on Persisting SQL Server Data in Docker Containers. The second post on where Docker actually stores your data is here. And the third post on mapping base OS directories directly into containers is here.

The Need for Data Persistency in Containers

In Figure 1, you can see a container image and it’s writeable layer. The application inside the container sees this has a single file system. If we delete this container, any data written to the writeable layer will be deleted too. 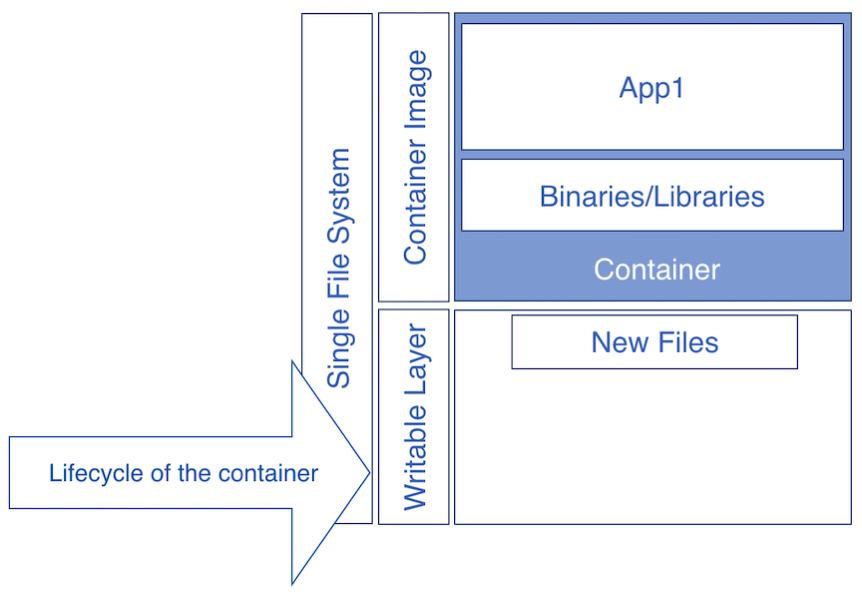 A Docker Volume is a Docker managed resource that is mapped into a defined point in the filesystem inside the container. The primary benefit of using Docker Volumes is that they have a lifecycle that’s independent of a container. This enables you to decouple your application from its state to the point where you can simply throw away the container and replace it with a new container image start up your application and point it to your data.

In Figure 2, we have a container, a writeable layer and a volume. A container will always have a writeable layer even when a Volume is defined. A Volume will be mounted at a specific location in the file system inside the container and writes to that location will be written to the Volume. Writes to other parts of the file system will be written to the writable layer. 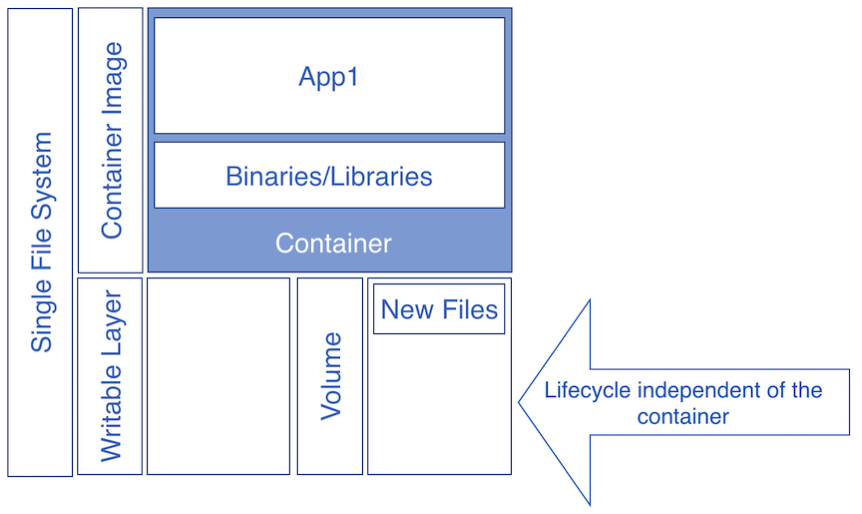 Figure 2: A container, it’s writable layer and a Volume

Now, if we don’t use a Volume that data will be written into the writeable layer of the container and if we delete the container…we delete our data. We don’t want that so let’s start up a container with a Volume. To do so we use the -v option when we use the docker run command.

In the code above you can see –v sqldata1:/var/opt/mssql specified as part of the docker run command. This creates a Docker Volume sqldata1 and maps that inside the container to /var/opt/mssql. Now during this container’s start up when SQL Server will write its data to /var/opt/mssql which is actually going to be written to the Volume. If we delete this container and replace it…when SQL Server starts up it will see the master database and proceed initializing the system as defined in master. If there are any user databases defined in master and they’re accessible they will be brought online too. Let’s try it out…first up let’s create a user database and query the file information about the databases in this container.

In the code above we create a database, when query master for the information about the databases running inside this container. You can see all of the paths are /var/opt/mssql which is our volume.

The code above will stop and then delete the container. When the container is deleted, so is its writeable layer. But we are storing out data in the Volume and that still exists.

With this code, we start up a new container and tell it to use the same Volume and mount it into /var/opt/mssql. So when SQL Server starts it finds the master database, master has the metadata about any configuration and user databases and we get back into the state we were previously in. Let’s ask SQL Server for a list of databases.

…and there you can see in the output above, SQL Server is in the state it was in the initial running of the container on the 2017 image. Now we’re on the 2019 image and have access to all of our persisted data independent of the container image.

Containers have replaced virtual machines for me and the decoupling of data and computation will have a significant impact on how we design data platforms and systems going forward. In this post, I wanted to highlight how you can use a container with persistent state systems like SQL Server. In the next post, I’m going to show you where that data actually lives on the underlying Operating System.